Update on Dead in a Pickup

I’m almost finished with the third Leah Norwood Mystery, Dead in a Pickup. The plan is to have it finished by Labor Day, and edited and proofread by the end of September. This book was one of those that just didn’t want to be written. I almost gave up but the story was there and I liked the idea. I can now see the finish line and hope to release it in November. I’m looking for one more beta reader if anyone is interested. In the meantime, here’s a snippet. 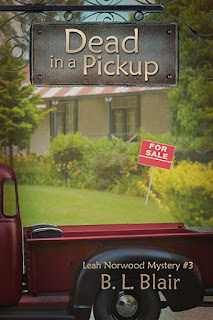 “Who else is on your list?”
“What?” I asked innocently.
Griggs rolled his eyes. “Who else are you planning to speak with?”
I shrugged. “I found a few names on her social media pages. I also thought I would talk to Heidi Parker.”
“Why?” Griggs asked.
He knew Heidi well. Being the mayor’s wife, he had a lot of interaction with her. She complained about everything. She had complained to me about one of my products, and she had filed more than one complaint to the police department which was why I wasn’t surprised she had shown up on Brandy’s page as the one person not satisfied with her cleaning service. Her complaints were never life-threatening, but Griggs had to have someone check each of her grievances which took up manpower he didn’t have to spare.
“She gave Brandy’s cleaning service a two-star review. It had been one-star, but she changed it after Brandy replaced the item Heidi claimed was stolen. I don’t really like her, but she doesn’t lie.”
Griggs rubbed a hand across his face. “No, but she reports the most ridiculous things. Once she said she smelled urine in her flowerbed so she wanted us to set up a sting operation to catch whoever was peeing in her yard.”
“Oh my God,” I said with a giggle. “Did you?”
“Cisneros needed some overtime work so I had him sit outside her house a couple of nights.”
“And…”
“It was a stray cat.”
“I bet that didn’t go over well.”
“No. Heidi didn’t believe us until Cisneros showed her the video he took with his phone. The damn cat walked by three times each night and lifted his leg right in front of her petunias.”
Posted by B. L. Blair at 11:53 AM 1 comment:

**Spoiler Alert**
I try not to write anything about a book that might spoil it for someone who hasn’t read it. I don’t think there is much of that in this post, but I do reference a couple of things that you learn in this novel. Just a warning.

I recently finished the latest installment of Karen Chance’s Dorina Basarab series. I read a few of the Cassandra Palmer novels. I liked those okay, but I really enjoyed this series set in the same universe.

Fury’s Kiss was the last full-length novel in this series. It was released almost six years ago so I’ve been waiting for Shadow’s Bane for a while. This is the longest one, and that is the only thing I didn’t like about this book. Too much back and forth between Dory’s point of view and Dorina’s. It became a little confusing for me.

Overall though, the story line was interesting, and the relationship between Dory and Louis-Cesare’s moved forward. There were some good emotional scenes with Dory trying to understand her feelings and how to have a relationship. Dorina is developing as well, and you see Dory start to understand more about her alter-ego. By the end, some of that got settled which was nice.

If you like urban/paranormal books, I recommend this series. I’ve read some reviews that say this could be read as a standalone, but I wouldn’t recommend that. There is simply too much going on and too many returning characters.

We recently took a 10 day trip out of Texas. The idea was to go north and escape the hot summer heat; unfortunately that didn’t work. It was hot, but we had a nice trip anyway.

We began our trip in Portland, Oregon. We took a tour of the Columbia River Basin and saw Multnomah Falls. Portland has a wonderful park called Washington Park in the heart of the city. There we visited the International Rose Garden, the Japanese Garden, the Vietnam Memorial, and the Holocaust Memorial. Very nice day.

That night we took an overnight Amtrak train to Glacier National Park. During our four day stay, we took a tour on Two Medicine Lake, a guided tour of the Going to the Sun road, and then visited the park on our own to ride the shuttle around the park. It was absolutely beautiful. If you are interested in nature, I would definitely recommend it.

We came back to Portland via the train and on our last day, we took a tour of the Oregon coast. Again some beautiful scenery.

I love to travel, but this trip was a little difficult because of the heat and the amount of walking/hiking. I’m getting to the point where I need a slower pace; however, I’m really glad I got to see both Portland and Glacier.

Here are some of my favorite pictures. 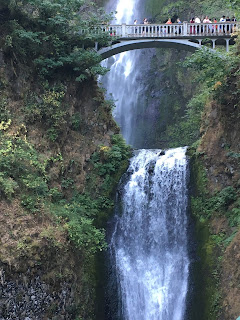 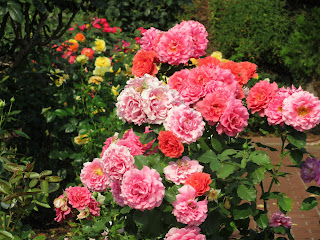 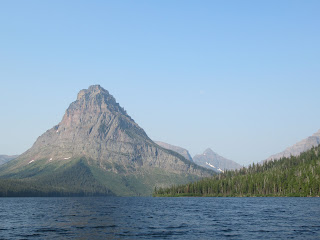 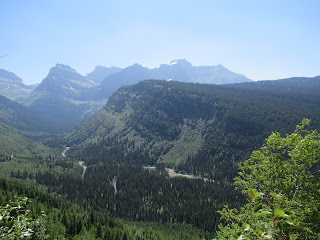 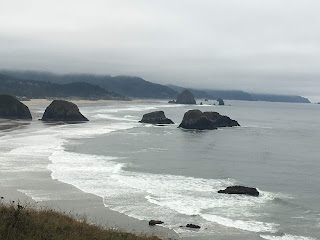 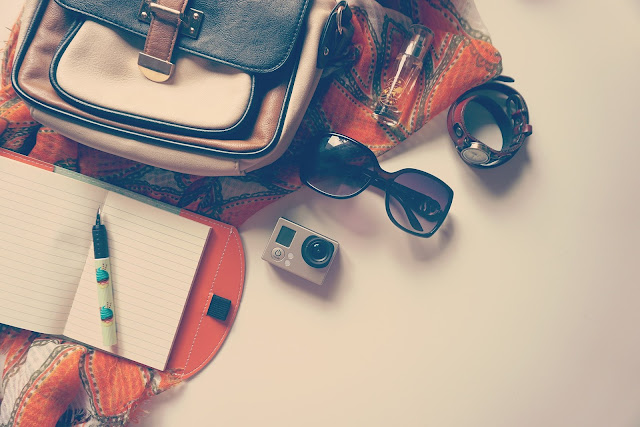 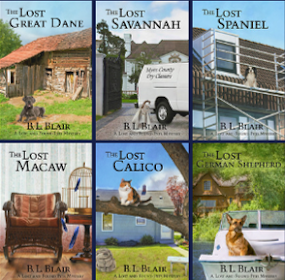